Three people can change the world, you don’t need more.
Everything starts from what we do, from our engagement in what we do, and from the ability to transfer our intention to those who are close to us, who in turn can become change-makers. A potentially endless value chain, capable of generating transformation where you never thought it was even possible to envision.
My history with the Good Shepherd mission began long ago, when in 2006 I joined the Good Shepherd Welfare Centre in Malaysia as its Executive Director. Prior to this, I was working with a financial institution for 20 years with the last few years spent in corporate banking. When a profound need to do something more meaningful has made its way into me – I realized that I did not want to spend the rest of my working life in a corporate setting. That resulted in me making a life-changing switch to social services.
The 10 years that I spent with Good Shepherd in Malaysia were formative years in mission development. I learned how to lead a social service organization that was not motivated by profits but by how many lives it touches. I learned that how important it is for the mission leader to have a vision for the future. I learned one of my most important roles is to nurture and inspire others to be the best they can be and thus be change-makers themselves.
In 2016, when GSIF wanted to begin a presence in Asia Pacific, I accepted a two-year secondment from Good Shepherd Malaysia to become the Regional Manager of the Mission Development Office, now known as GSIF Asia Pacific Regional Office. Time has gone by fast and I am now into my sixth year with GSIF. My role in GSIF started with the conviction that we can do more together; that I am to journey alongside sisters and partners-in-mission who reach out to those at the margins, especially women and children, who are experiencing exploitation and various forms of discrimination in Asia Pacific.
The mission constantly evolves and with it GSIF. My ultimate dream is that GSIF fades into the background as we raise the capacity of local Mission Development Offices to function independently. GSIF would have then outlived its original founding purpose and can evolve with the signs of the times.
I know it seems paradoxical, but I envision a future where local communities, especially women and children, empowered by Good Shepherd’s mission, realize and engage their internal strength and resources to overcome their own vulnerabilities and challenges. They then develop and thrive!
This means changing the perspective of intervention: acting to strengthen the whole group, and not just the individuals. If you work to build an inclusive society, the benefit will impact everyone and not just on the person who needs support at that time.
I strongly believe that human beings are all connected in an inextricable network of relationships: each of us influences and is influenced by the existence of the other. And this applies forever, everywhere.
At GSIF we experience this interconnectedness on a daily basis: although we are scattered in different parts of the world, we are united by the common passion for what we do and by the same values ​​we share.
Trust. Respect. Care and concern for each other.
Three people are enough to change the world: and every day I try to be one of them.
Theresa Symons, GSIF Asia Pacific Regional Manager
Good Shepherd mission Good Shepherd programs GSIF Asia Pacific
Three people can change the world, you don’t need more2021-06-282021-06-28http://www.fondazionebuonpastore.org/gsif/wp-content/uploads/2018/10/header_logo-int.pngGood Shepherd International Foundation Onlushttps://www.gsif.it/v4/wp-content/uploads/2021/06/theresa-jaysree.jpeg200px200px 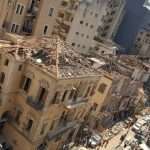 In Beirut we need to unite our hearts and mindsNews & Events