Nepal continues to be entrenched in human trafficking. It has emerged as a place of departure, destination and transition for the domestic and international trafficking of girls, women and children. Poverty, illiteracy, social inequalities and unemployment all contribute to this modern-day form of slavery.

Since 2019, GSIF Nepal has been working to implement a cross-border anti-human trafficking project in partnership with Opportunity Village Nepal (OVN). The project aims to prevent human trafficking and support the reintegration of the survivors of trafficking. As a means of increasing surveillance at a community level, the project has been working with protection committees to develop their capacity and mobilize their presence along the border.

To evaluate and present the impact of these interventions – and highlight the importance of community participation and timely proactive responses to prevent and respond to human trafficking – GSIF Nepal supported research to be carried out in collaboration with the Nepal Institute of Research and Communications. The launch of the report – Community-Based Surveillance/Vigilance Mechanisms against Human Trafficking in Nepal – was held on June 30, 2022, at an event in Kathmandu in the presence of over sixty government representatives, journalists and other Nepali and Indian NGOs which work in the cross border areas of Rupandehi District.

At the event, Sr. Taskila Nicholas, GSIF Nepal’s country representative, spoke of how “human trafficking – being an organized crime – needs organized efforts from government authorities and non-government stakeholders.” She further said, “it is crucial to have data as exact and uniform as possible amongst all stakeholders to provide an effective response to human trafficking and [provide] evidence-based advocacy.”

The research was complemented by another study on sustainable reintegration practices and approaches in the context of Nepal. This study aimed to support governmental and non-governmental actors in emphasizing continuity of good practices and addressing the gaps in effective ways of reintegrating survivors – whose self-esteem, motivation and economic empowerment play a crucial role.

It is also essential to educate and encourage communities and broader society in Nepal to take steps forward against human trafficking. Therefore, on the World Day Against Trafficking in Persons, GSIF Nepal and Opportunity Village Nepal organized a cycle rally at the lake in Pokhara in central Nepal. The event aimed to increase public awareness about the use and abuse of technology – the theme of this year’s World Day – and was heavily attended by our young project participants.

During the 12 km cycle route, the young participants shouted anti-human trafficking slogans. After the rally, a closing program was organized, during which the speakers spoke about the importance of using modern technology safely to avoid becoming vulnerable or at risk of trafficking, especially for young people and children.

Please send us an email and we'll get back to you. 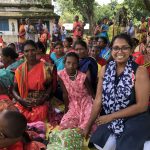 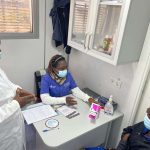