WHERE WE WORK > PHILIPPINES

First RGS missionaries arrived in 1912 from Burma. Since then, RGS operates several socio-economic programs and schools to address the needs of the time. SMEIDFI was established in 2000 to address the need to organize the operation and resource development of the different programs of Philippines-Japan Province. SMEIDFI has two main programs: center-based and community-based. Under center-based women services, we have14 shelters, 8 community-based programs, and 3 formal schools. The programs focus on providing women and girls with access to rehabilitative and prevention services. We are present in 13 dioceses in the Philippines serving approximately 10,000 to 15,000 individuals annually. 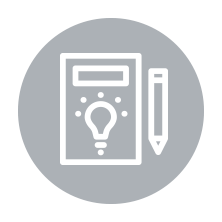 More than 7,000 islands make up the Philippines, but the bulk of its fast-growing population lives on just 11 of them. Although endowed with many fine beaches and a growing tourism industry, much of the country is mountainous and prone to earthquakes and eruptions from around 20 active volcanoes. It is often buffeted by typhoons and other storms. The Philippines is one of the most dynamic economies in the East Asia Pacific region. With increasing urbanization, a growing middle class, and a large and young population, the Philippines’ economic dynamism is rooted in strong consumer demand supported by a vibrant labor market and robust remittances. In recent years, the Philippine economy has made progress in delivering inclusive growth, evidenced by a decline in poverty rates.

The prevalence of human trafficking in the Philippines is quite high. Experts estimate that the number of people in slavery in the Philippines totals over 780,000. The Philippines moved from Tier 2 to Tier 1 in 2016 and retained the status for five consecutive years. Although it meets minimum standards, the TIP Report said the country’s community reintegration services remain inadequate.